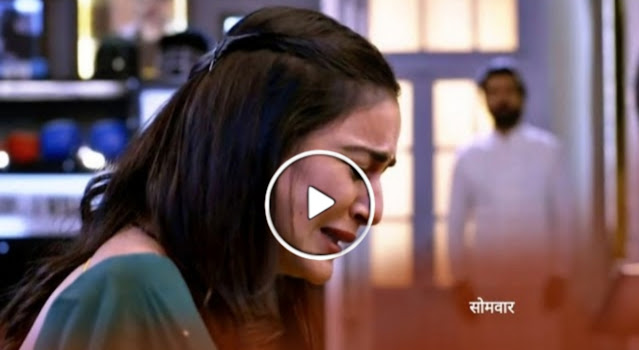 In the drama serial Kundali Bhagya Yeh Hawa Hai, Anjali wants to take Preeta and Karan away from Don. Anjali keeps trying to do something.  Even Anjali can't get rid of Karan and Preeta Don because Karan and Preeta Don love a world so much all family members also love Preeta so many times Anjali

has tried so many times.

but everyone who loves me doesn't take me.  But Anjali always goes away, Anjali is always trying to do something. Anjali says that I will not give up until Karan is mine, then I will keep trying.  Anjali says FIR what should I do, still Anjali says now I won't do anything with Preeta.  Then Anjali starts thinking, Anjali says what to do in the end, still an idea comes in Anjali's mind.

to reveal some things to Anjali Karan in the office.  And Preeta is busy with some work, so Anjali takes full advantage of this opportunity. Anjali says that now I have to do something with Karan. Anjali lies. Anjali is acting. Anjali looks at life.  My mind is not well and I have to go home now for ISI time.  Anjali is very happy. Anjali says that finally my plan is working. Karan is going with me. Karan and Anjali.

leave the house.  Maan says I am very forgetful and I have to have breakfast. She Karan says we can have food at the hotel. Karan says I don't have time. Anjali starts crying. Anjali acts. She says Karan.  Karan and Anjali don't go to the hotel to feed him.  Anjali is unconscious. Anjali is trying to seduce Karan. Anjali and Karan are in the hotel. Anjali says that from.

today I will see what I do with Karan.  I have to go and says I will tell both Karan and Preeta what Tara Fan Songi will be forced to do on her own so Anjali is trying to convince Karan.  All the family members say that Han Kiran has gone to the office, where is Anjali, Anjali is.

nowhere to be seen, there is a housekeeper at the gate.  I was going, so we sent it with Anjali. Preeta gets very worried that Anjali has gone with Karan. Preeta is upset that something is not right with me.  Who can it be? Preeta says Anjali is trying to do something. Preeta says